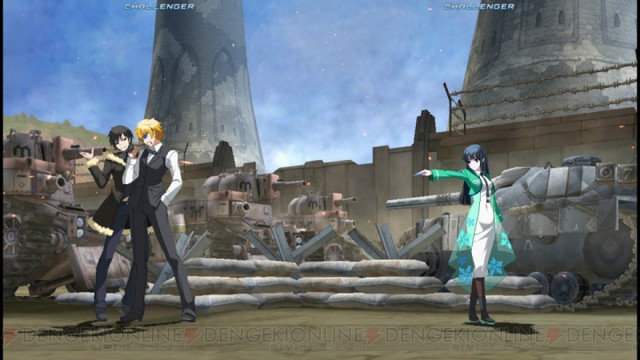 Dengeki Bunko Fighting Climax, is a 2D fighting game that features characters from Dengeki Bunko light novel franchises.  You will see characters like Asuna from Sword Art Online and Shana from Shakugan no Shana team up or duke it out.

A new video has been released that shows us a few new characters added to the roster.  Izaya from Durarara!!, Dokuro-chan from Bokusatsu Tenshi and and Raildex Accelerator from Nobuhiko Okamoto join the fight.  The game play video shows these three in action. This is the only time you’ll see Shizuo.team up with Izaya

The game will launch on November 13th for the PlayStation 3 and PS Vita.