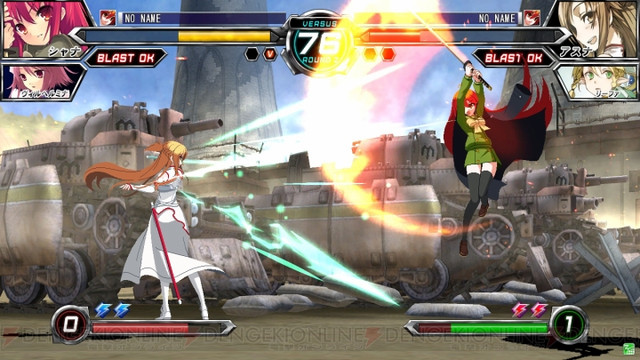 On the PlayStation Blog it was announced that Dengeki Bunko FIGHTING CLIMAX will coming to North America.   The game will be released this summer for PlayStation 3 and PS Vita.

Dengeki Bunko Fighting Climax, is a 2D fighting game that features characters from Dengeki Bunko light novel franchises.  A few of those characters are Asuna from Sword Art Online and Shana from Shakugan no Shana.